How to Pay More for our Milk and Why We Should 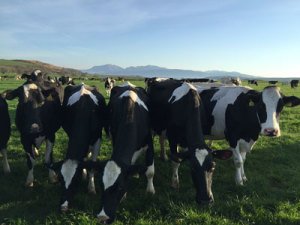 A supermarket milk war has been crippling dairy farmers for nearly a year and has been well publicised since January. Yet this morning the price of four pints of Tesco semi-skimmed milk remains at £1.

So why despite months of negative press has nothing changed to help dairy farmers. And there is genuine suffering there. On our visit to Arran last week we were told of an independent dairy farmer in his sixties who had been hanging on by his fingertips working fourteen hour days to avoid making his two remaining staff redundant. Sadly now the only independent milk producer on Arran does not do a bottled milk product but has diversified to make ice cream (which is lovely). So locals on Arran get their bottled milk from the only supermarket, the Co-Op.

Who has the power in this situation? The supermarkets certainly have a great deal of it because they are the largest buyers of milk and have the power to force prices down, and importantly, force large suppliers to change what they do to meet their demands.

But surely we, the consumers have power, or are we simply the passive victims of supermarkets telling us what and how to buy?

The milk we do buy from the supermarkets might not be what we think it is either. Do you have an image of Daisy the cow docilely happily chewing her cud in the Summer sun? Think again, in order to produce milk that cheaply much standard supermarket milk is intensively farmed by cows kept indoors, treated essentially as milk-machines with a life that lasts as long as their milk flows.

As much as this post concerns itself with what is right and fair for farmers and their livestock, there is another reason to be clearer about how cows have been raised. Studies have shown that dairy produce from grass fed animals is healthier, containing twice as much heart-healthy fats as grain fed.

You are unlikely to find out where your supermarket milk comes from by reading the label or, for that matter, by asking one of the staff about their products, believe me I've tried. But if I've left you feeling powerless in the face of all-consuming big business don't worry, you do have power.

Economists have written much about the power of the market, and how the market should dictate who stays in business and who goes bust. Owen Patterson was quite clear about it in this speech. Yet what is this 'market'? I get irritated when economists and politicians do this: they give a name to something and think it absolves them of further explanation - 'the market will decide'.

This 'market' is simply money moving around. Not just highfalutin big business economists buying and selling commodities but you and me buying - or not buying - stuff. We are a vital part of the market, and we can make a difference by making a positive, active choice about picking up bottle of milk and handing over our money for example.

Here's how you can make better choices about who to hand your money too when buying milk:

Ethical Consumer is a useful site to help you make sense of which brands are fair to animals and farmers.

On Arran it might not be too late. Only a few miles away on Bute, the next door island, Free Range Dairy have successfully helped local dairy farmers develop their own milk brand. If you are local to me (or anywhere in the Northwest of the UK) you might be interested in Gazegill Organics whose milk I'm trying, or Free Range Dairy member Stephenson's Dairy in the North Lancashire area.

Agree with me or disagree with me (though I'd rather you agreed), but don't be a passive shopper, make milk buying decisions based on knowledge and understanding. Make an active choice about who you give your money to.
Posted by Unknown at 04:10 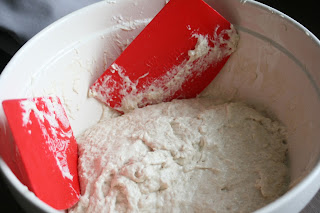